Design for a renovated system

AMC Health is one of the largest tele-health companies in the US. I was in charge of designing a new internal system to communicate doctors with patients. 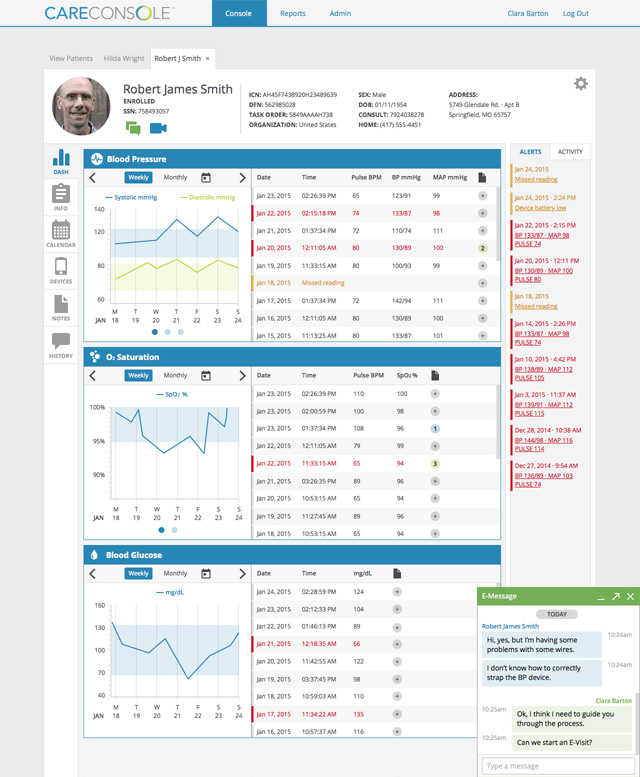 Designing an entire system for a large company may seem like a daunting task, but with a systematic approach it becomes easier.

During the first stage of the process, I got involved in learning about the system and the way users interacted with it. We conducted a user testing that uncovered obstacles and difficulties that the people had when using it.

The results of the user testing were the foundation for the improvements and features of the actual system which enables a new approach for communication between patients and medical staff.

The system would be fed with information provided by patients through a mobile app. This app gathers data like temperature or blood pressure thanks to different Bluetooth devices that communicate with the mobile device.

Ultimately, the patient data would be presented to the end user (nurse, doctor) to analyze it and take action (make notes, set patient alerts, etc)

Special features would include voice and video chat. This was specially useful for a product branch developed for veterans of the US army, where they have special needs of communication and alerts. 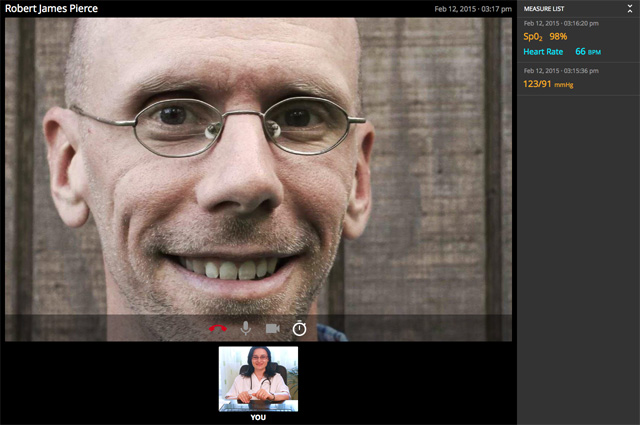 This product is under current development. The foundations of the design and features are key to get AMC to lead the tele-health market.